Let’s see some of the best antivirus of 2019 for android mobiles like Samsung, Nokia, Oppo, Vivo, Mi & OnePlus Phones that will secure the sensitive information in those smartphones.

Antivirus is the best solution for protection of Android phones. Keeping your smartphones free from malware should be the top priority for the mobile users. So, install best free antivirus for android in your Samsung, Nokia, Oppo, Vivo, Xiaomi, Lenovo, Motorola & OnePlus smartphones and get security from numerous viruses, malware and other security threats.

The smartphone is one of the most popular and widely used gadgets by everyone across the world. It probably contains very sensitive and personal information of the user. With wide usage, comes the threat to security as more and more people are falling to the increasing malware on the Android phones. Android is arguably the most popular OS used by people of all walks of life. It is installed on most of the devices so it is no secret that most of the people target Google’s OS. To protect sensitive information on your smartphone, it is a good idea to install an antivirus security app. This will help you protect the information and also warn you about new threats that can be hidden in new apps that you might install.

It is a known fact that Google does not allow you to install applications from unknown sources other than its own Google Play Store. However, it is wise to install and use an antivirus or security app to avoid any big risks.

Avast is a well- known antivirus company that has used all its experience and skills in making a very good mobile application to secure Android smartphones. It has a range of tools for protecting the smartphones from virus and malware. It has the ability to secure your device against unwanted calls, phishing attacks and several infected websites. It is more than just a scanner with a free version of the Avast mobile security app containing the firewall, call blocker and an anti- theft feature that will allow you to lock or wipe your smartphone from a remote place in case you miss it. This app is free to use but with the ads, which can be removed by paying a small amount to the developers.

Avast antivirus for Android also has an in- app locking feature in which the apps can be protected with the use of the PIN. This will prevent the malware from automatically launching the apps and misusing the data in it or avoid payment in case of banking apps.

It is another well- known brand in the field of antivirus software. It has been helping people protect their PCs from a long time and now the smartphones. In this best free antivirus for android, you get an antivirus scanner that is common and along with that tracking your lost device. Also, you can lock the device and wipe the data remotely with this feature. There are various other features like it can scan the apps for checking if the apps are leaking any sensitive information and lock them if required. It will also block malicious websites from opening on your phone and you can blacklist the unwanted callers and texters with the McAfee antivirus solution.

In the paid version, you get premium service in which you can remove the ads and also receive phone support from the company. There are also extra security features in the paid version for safeguarding the data.

Kaspersky is an impressive antivirus software solution for the smartphones. It has lots of features in the free version, which keep up with the big antivirus companies. It will block the malicious links and websites before you click them and prevent the infection. You get antivirus scanner, loss and theft feature that will prevent other people to access your sensitive information. It is one of the best antivirus for android 2019 for protecting the smartphones from malicious software. You can also protect your phone from the spam and safeguard your personal information in the smartphones.

This is one of the best free antivirus for android which can detect 100% of malware in Android according to the benchmark tests. This app is capable to detect the virus in the apps and files and remove them if necessary. There are also security features that come in Norton free antivirus for android phones. You can lock the smartphone by just sending SMS or if you remove the SIM card. There is no problem if you miss your smartphone because you can lock it from a remote place. It can also be locked after 10 unsuccessful attempts of entering the passcode.

Bitdefender is one of the top names in the antivirus software community. This is the best free antivirus apps for android 2019 that secure the data in the smartphones in the best possible way. This app does not run in the background and thus does not use any resources of your phone. However, you have to manually run the run the scanner to be safe from the Android malware. This best antivirus for android smartphones also scans the new apps installed in the smartphones automatically. You can easily manage the software for removing spying apps and viruses.

With just one tap, you can extend the battery life of your smartphone. You can get the secure version of the Bitdefender antivirus for extra security. You have to sign- up for the 14- day trial version in which you will get your Chrome browser protected real- time and also an app- lock feature for protecting the apps in your phone. This is one of the best antivirus software for guarding against virus and malware.

I am webmaster and developer of this website, This site is made with only one aim to provide genuine tech news, tutorials and tips and tricks to help others. I am currently doing my post graduation from NIT JAMSHEDPUR, Connect with me on my social media channels or drop a mail :) 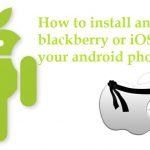 How to install iOS or Blackberry apps on any Android phone 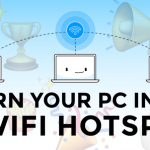 How to use Wifi Hotspot in Laptop with Ethernet Connection

Top 7 Cryptocurrencies to Purchase in February 2019

How to install iOS or Blackberry apps on any Android phone